From Belfast, we continued north in order to see Giant’s Causeway, a striking World Heritage Site on the very northern-most coast of Northern Ireland. It’s an almost alien-like formation of rock created by an “ancient volcanic fissure eruption” – whatever that means!

There’s another attraction nearby called the Carrick-a-Rede Rope Bridge. It’s a sketchy little bridge that connects the mainland to the little island of Carrickarede. Nothing mind-blowing, but it does provide a cool view of the coast and another look at the interesting landscape of this area.

Of course, we couldn’t leave this area without stopping at the Dark Hedges Estate.

This is a unassuming street of really creepy looking beech trees, and happens to be one of most photographed sites in the world (especially since it was featured on Game of Thrones!)

A straightforward view of the Dark Hedges.

If you’re into whiskey, the Bushmills Distillery is pretty close to all of these landmarks in a town literally called Bushmill! It’s an easy stop and a great chance to try a great Irish whiskey before you head to Scotland (for research purposes, of course). 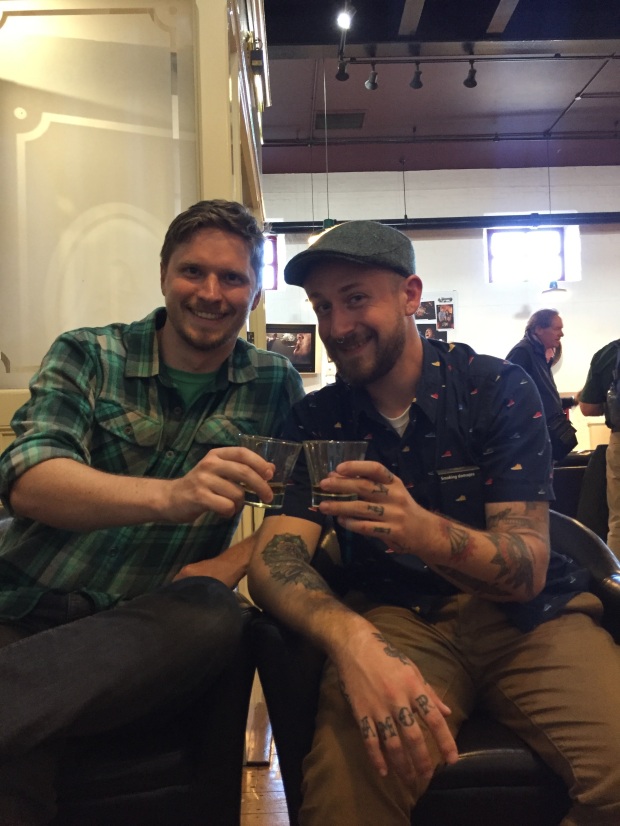 ← Breakfast in Belfast
Dublin, Round One →