Mid-way through our journey (after the tarantula incident), we made our way up into the Cloud Forest – a foggy, lush area smack-dab in the middle of the country. Getting there certainly wasn’t for the faint-hearted: we navigated a series of steeply inclined gravel roads, many of which had only enough width for one car, so on a high-traffic day you could easily find yourself in a game of “chicken.” Yikes.

One of the main reasons we wanted to visit Costa Rica is because of the insane amount of different birds, plants, insects, and more, the hub for which is the Monteverde Cloud Forest Reserve.

One of many cool plants – the “Bird of Paradise”

The Reserve itself consists of six ecological zones, 90% of which is virgin forest (read: real old and fancy), which based on humans’ current pattern of earth-smashing, is a very impressive feat! The area has an incredibly high amount of biodiversity with over 2,500 plant species, 100 species of mammals, 400 bird species, and 120 reptilian and amphibian species. I’m not the most knowledgeable on the subject, but from what the bio-nerds tell me, this kind of diversity in such a small area is precious and rare.

We didn’t really know what to expect: would we feel like unicorns frolicking on heavenly clouds? Would we be overwhelmed by the sheer number of creatures that could kill us? Would we be dissapointed, having built up expectations that were just too high?

Honestly, none of those things. We found a reserve office where the staff were incredible helpful and assisted us with choosing a trail that suited the amount of time we had available. We then followed a series of paved (or at least cleared) paths throughout the forest where we saw incredibly cool plants, many different types of exotic birds, and of course gorgeous scenery along the way. We were cautious and aware of our surroundings / footsteps at all times, but we never encountered anything spooky (thank goodness).

Exploring this part of Costa Rica made it clear why it’s a global “green” destination. If you’re considering a visit to Central America, I’d recommend you make this a part of your itinerary! 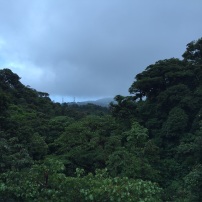 Getting into the forest… 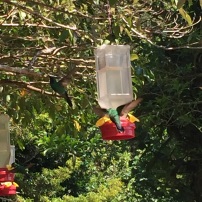 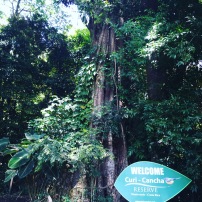 ← Once Upon a Treehouse
Costa Rica: A Long Sleeper’s Paradise →

One thought on “The Cloud Forest”