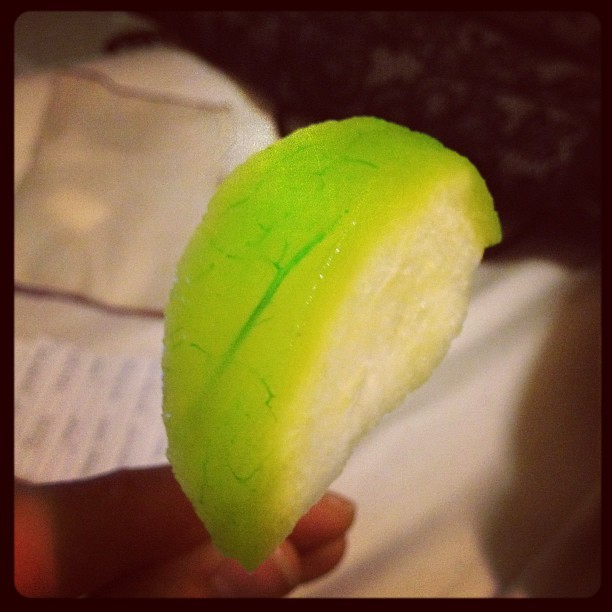 A good word to know, though it has two meanings. The word “farang” (the “r” is pronounced kind of like the “r” in the Spanish word “cara) can mean either guava – a delicious fruit you can find at many street carts. The fruit merchants sell all kinds of Thai fruit, cut up into bite-sized pieces and served with a stick so you can eat while walking! (Usually you’ll find watermelon, cantaloupe, mango (young and ripe), and guava (young, or ripe and soaked in plum juice!). One fruit will cost you no more than 20 baht (less than a dollar).

On the other hand, “farang” also means “foreigner!” As my Thai friends tell me, it used to be more of a derogatory term (think “stinky old man”) but now is just a general term used to refer to foreigners, especially white people like me! Knowing this word suprises Thais, and you can especially distinguish it when they’re talking, thus knowing when they’re talking about you! haha

My approach? Embrace it. My Thai friends thought it was hilarious when I pointed to the guava and said “farang, like me!” They love to laugh.